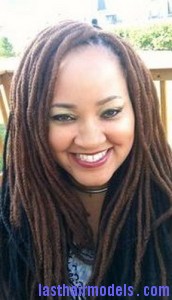 There are various methods of adding braid extensions to the natural hair and a crochet-lock method usually needs very less time than others. This method involves attaching hair extensions which are already been braided along with a crochet pin and single crochet stitch. It is straightforward enough to create at home without getting help from a hairstylist and few supplies. 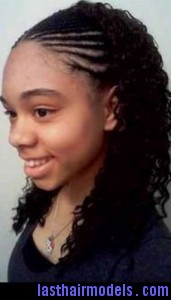 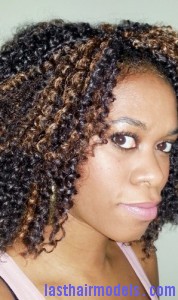 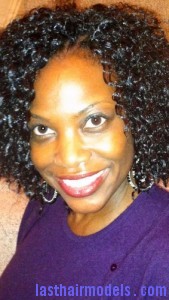 First part a half inch-wide section of hair using a comb starting from hairline to the nape of your neck and hold the rest of your hair with a hair band. Start braiding the loose section of hair in a cornrow from front of your head to nape of the neck. Next fold tail of the cornrow to the nape of your neck and use a rubber band around it. Take the braided extension from the packet and then fold it into half. Hold the braid under the loop of a fold and slide the crochet pin under front section of the cornrow near the hairline. Keep the loop of folded extension over the hook of crochet pin and pull the loop under cornrow. Keep the strands of the folded braid in your hand and reach over the cornrow with your head of the crochet pin to hook the strands. Then take a strand of the extension to tie it into two knots and secure the braid. Use the same method to add more braid extensions to the length of the cornrow at the nape of your neck. 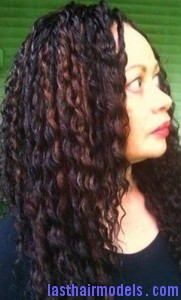 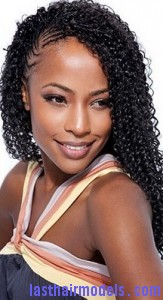